The French designer Mathieu Lehanneur entrusted our artisans to enhance the room he designed for AD Intérieurs 2018 exhibition. 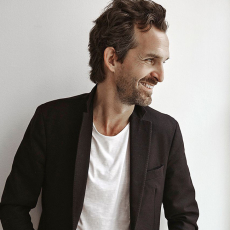 For AD Intérieurs' 9th edition, French Architectural Digest magazine editorial board selected 15 interior designers to imagine the different rooms of a parisian heritage monument. With the theme ‘Rough and Precious’, Mathieu Lehanneur made use of our savoir-faire to conceive his meditation room.

The French designer entrusted our upholsterers to fabricate an armchair and two modular sofas. A pair of four panels covered with satin decorates the walls on each side of the pathway leading to Thierry Lemaire’s space.
Each pair of panels overhang a sideboard handmade entirely by Ateliers Saint-Jacques. The first sideboard is covered with burnished aluminium, and the second in leather by our upholsterers. The atmosphere is serene and meditative, as the light coming through the window is softened by two blinds fabricated in our artisans from Lyon.

Previous project AD Intérieurs 2013 Paris
Back to our projects

Next project The gaming circle