Discover the latest K2 Collection hotel imagined by Capezzone Architecture in the heart of the resort of Val-d’Isère. 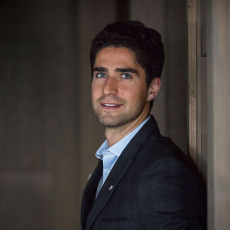 "We have been working with Jouffre for the past 20 years and we both share the same family spirit that drives us all. Jouffre workshops have supported us and their team has met all our expectations without fail. In just six months, we have built something that is impossible."

Discover the latest K2 Collection hotel imagined by Capezzone Architecture in the heart of the resort of Val-d’Isère.

Located in the heart of the village of Val-d'Isère, the hotel Le Chogori is the latest addition to the K2 Collection hotel group designed by Capezzone Architecture. More than twenty years ago, Suzanne and Philippe Capezzone designed and built the first chalet in a series of four hotels located in Courchevel: the K2 Palace which opened in 2011, followed by the K2 Altitude in 2016 and the K2 Djola in 2017. Recently, they decided to change the setting and opened the K2 Chogori in Val-d'Isère.

Ten years after the opening of the K2 Palace, the Chogori opened its doors in Val-d'Isère, the ultimate high altitude ski resort. As Philippe Capezzone explains, this choice is not insignificant: "We lived there for many years, my children studied at the local school, they had their friends there. Because of this emotional aspect, we had long wanted to establish ourselves in Val-d'Isère."

For this new hotel in the architectural style typical of Val-d'Isère, the Chogori or the "Great Mountain" in Balti, a Tibetan-Burmese language, shows interior Tibetan decorative styles imagined by the interior architect Thomas Capezzone, recalling the signature of the K2 hotel complexes. This majestic double chalet with nine suites, including two penthouses, offers an elegant and cozy universe with each of the rooms decorated in a contemporary style.

We had the chance to accompany Thomas Capezzone for the third time in decorating the different rooms of this real alpine village house by realizing various works of window treatments. Thus, it is with great agility that our teams have created custom decors to embellish the rooms of this 5 star hotel.

To decorate the windows of the 21 rooms, the lounge bar and the restaurant, our seamstresses made different pairs of curtains, sheers and shades. The creation of the window treatments required a really technical savoir-faire from our seamstresses “especially for the use of materials such as velvet, which is difficult to work with and requires a precise and delicate work" confides Lucy, who realized the pairs of curtains in gray velvet lined blackout.

Our seamstresses also had to be very efficient in order to complete the expected upholstery work to open the doors of the Chogori in December 2020 as Suzanne and Philippe Capezzone wished. "The Chogori hotel project was very challenging for us as we completed all the work in five months, between May and October, to ensure the inauguration of the establishment in December 2020" explains Claudie who was managing the project.

Despite the health crisis impacting the deadlines, the Chogori hotel was able to welcome visitors from December to enjoy this winter period in the heart of the Alps.

Previous project Editions Courbet
Back to our projects