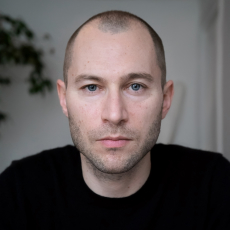 "Jouffre's craftsmanship is exceptional. The translation of a 3D design into upholstery is a real challenge. The result was remarkable because of the synergy between the study department and the master upholsterers. In addition, the warm contact with the Jouffre team made the development a truly delightful experience."

Founded in 2013 by Melanie Courbet, Les Ateliers Courbet is a New York City-based design gallery dedicated to foster and highlight the craftsmanship mastery and ongoing design legacy carried on by rarefied contemporary artisans around the world. Inspired by extensive travel and collaboration, the gallery represents over 50 traditional crafts passed down through long lineage of esteemed artisans from around the world, including marquetry, woodworking, ceramics and glass, weaving, metalwork, and upholstery.

After collaborating with design studios like Vincent Van Duysen or Ora-Ïto, and European furniture manufacturers, designer Pieter Maes has honed his own creative signature through an attraction to pure, archetypal forms. Since opening his own studio in 2014, he has continued to explore these forms with a deep understanding of materials alongside talented artisans, imagining contemporary furniture pieces for renowned brands and galleries. Pieter Maes' work resides in a duality between traditional ideals and a search for modernity.

In the continuation of its gallery’s mission and curatorial program, the Ateliers Courbet has initiated the Editions Courbet program with aim to foster the tuition and apprenticeship of young generations of artisans, and further support its ateliers by inviting international artists and designers to create limited edition series of design pieces resulting from their engaged dialogue with each artisans at their respective workshops. “Pieter's collection, as well as the Editions Courbet program, reflect the original intention behind the gallery; to support our ateliers and today’s rarefied artisans by initiating and promoting their collaborations with contemporary luminaries. The series is a paean to the master craftsmen behind it, their detailed work and dedication, as well as the rich legacies of excellence and humility each carries on,” says Melanie Courbet.

Recently, Pieter Maes worked with our atelier and Dutch woodcarver Rutger Graas on this new furniture edition, which includes the Palindrome chair, the Palindrome daybed and Palindrome bench, as well as the Fold sofa. The collection was unveiled at the Art + Design Show held November 11-15, 2021 at the Park Avenue Armory in New York City.

As part of this collaboration, Pieter Maes regularly visited our Lyon workroom to follow the development and evolution of his furniture pieces, working closely hand in hand with our teams.

William Leon, Jouffre's upholsterer who worked on this project, confides: "I really enjoyed working on these pieces of furniture. This project was very interesting technically because the challenge was to understand the curves and lines of the very minimalist pieces. The 3D plans and the exchanges with Pieter Maes helped me a lot in understanding the project. Pieter Maes is passionate about craftsmanship; he likes to go to the ateliers to see what is going on and to discover our crafts. We were able to have real exchanges on these drawings so that I could materialize the ideas that came out of his head. It was a very nice collaboration that lasted several months."

Previous project Ithaque
Back to our projects