French Palace located on the border of the Lac Leman, close to Geneva. Project designed by French designer François Champsaur. 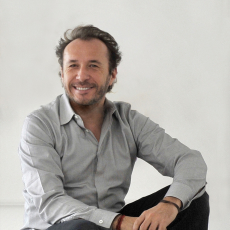 "Jouffre are among the French artisans we love to work with. The workshops possessed a strong savoir-faire and impressive experience in their craft. Their professionalism is extremely helpful to us in order to accomplish the projects we are designing."

François Champsaur (interior designer) & François Chatillon (chief architect of historical monuments) were in charge of the "Hotel Royal" renovation, which was re-opened to the public in July 2014. The goal was to refurbish this century-old building to its initial splendor

Half of the 150 rooms and suites were modernized and refurbished. The soft patina of the antique furnitures made of precious woods - mahogany, rosewood, lemon tree of Ceylon - specially designed for the hotel have been restored. On the sixth floor, the conference rooms were turned into luxurious suites with breath-taking views on the lake Geneva (lac Léman) and the Alps.
On the ground floor, a new conference center has been set up. In the restaurant named "Les Fresques", the straight lines of the wooden furnitures covered with leather and the lighting of the brass chandeliers sublimate the curves of the frescos and reinvent the magic of the place.

Jouffre is proud to have taken part in this extraordinary adventure by making, installing and steaming the curtains of the rooms and suites.

Previous project 432 Park Avenue
Back to our projects