After entrusting the renovation of our New York workshops to the architect Elsa Arsenault in 2017, we once again called on her talents to fit out our Lyon workshops in July 2019. Look back at the work carried out by the architect. 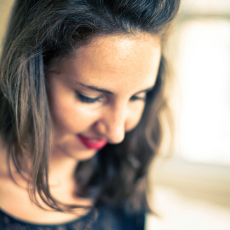 "Build a space suited for an upholstery work environment was a very unique project for our team. Romain and Charles were a pleasure to work with, they were highly open and had full confidence in us. From the very beginning to the end, we shared a common ambition and a similar vision for this project which has made the process really easy and efficient. It was really interesting to learn more about their strong savoir-faire and impressive experience in their craftsmanship. Thank you so much for the opportunity and looking forward to working together again!"

"Two years after completing the layout of their premises in New York, the Jouffre workshops contacted me again for a new large-scale project: the refurbishment of their parent company in Lyon.

Very enthusiastic about the idea of working with Jouffre again, this opportunity would allow us to reinterpret some key elements of the design carried out in New York on a different scale.
Jouffre was set up in an old jewellery shop more than twenty years ago. Over the years, the space has received only slight modifications to meet their immediate needs.

This global renovation was launched in order to create a more functional, user-friendly space that inspires creation and innovation, affirming Jouffre's brand image. The manufacturer needed to increase its production and storage space and improve operational flows, which at the time were unsuitable and congested.

The first step in the process was to empty the space of all unnecessary partitions. Demolish to better rebuild with a real vision of the whole. The new open and airy volumes offer flexibility in the layout and organization of the workshops. The factory also benefited from an extension of the storage mezzanine and the fitting out of changing rooms, offices and meeting rooms.

The design office, meanwhile, needed more workstations as well as shared workspaces to facilitate collaboration. The reconfigured open space is conducive to interaction and the custom-made furniture (shelves, modular pedestals and project tables) act as filters for the workspace. Wide steel and glass walls accommodate seven meeting rooms that invoke industrial themes, giving rhythm to the perspectives with games of transparency and reflection.

The common areas (kitchen, lounge, outdoor areas) and the showroom, the central core of the workshops, have been considerably enlarged, allowing links to be forged between the manufacture and creation.

The architectural language, sober and elegant, uses raw materials such as concrete, glass and steel, underlining the industrial character present even in the office spaces.

This project was an opportunity to make some of the custom-made elements in-house: a long banquette punctuated by vertical bookcases as well as curtain sections bringing subtle notes of softness and contributing to the warm atmosphere of the various rooms.

It's always a great pleasure to work with an exceptional upholstery house and I'm extremely grateful to have been able to participate in the design of the working environment at Jouffre." - Elsa Arsenault

Previous project Upper East Side
Back to our projects