The Jouffre workshops at the heart of Pierre Yovanovitch’s new office. 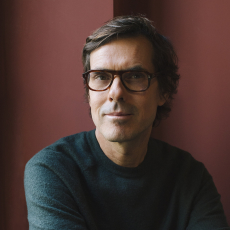 "It is not sufficient to make something beautiful. It must also be comfortable, which makes the exercise extremely difficult. What I expect from an upholsterer is quality and dependability, at the service of forms which must adapt perfectly to the human body. For one of our clients, Jouffre displayed great technical prowess, fabricating a twenty feet long couch without buttoning, stitching or cushions. I especially appreciate the firm's dynamic mindset and interest in developing new designs. This interaction between professionals yields creations which, on the face of it, seem utterly impossible. It is at this point that a project comes most vibrantly alive."

The team at Pierre Yovanovitch moved into a brand new office in 2016 after outgrowing their space in Rue de l’Arcade. Located in a grand 18th-century hôtel particulier in Paris’s Sentier neighborhood, the team has put months of work into tuning the space into la Maison Pierre Yovanovitch.

It has been with great passion and enthusiasm that the Jouffre workshops played their part in the creation of the French designer's new Parisian office.
We have created several items inspired by Pierre Yovanovitch. Among these pieces were: a floating sofa and its round-shaped cushions for the waiting room, the famous Ourson armchairs, two “Assis(asy)metrie” armchairs and a sofa for Pierre Yovanovitch’s personal office, nine chairs for the dining room and blinds for every room of the hôtel particulier.

“Warm, intellectual, not very tidy… but chic.” These are the French designer’s words to describe the place that embodies Pierre Yovanovitch’s style. (Ideat, June 2017)

Previous project Villa L
Back to our projects